Can we learn from history?

I am reading Doris Kearns Goodwin’s carefully argued book, Team of Rivals, the book at inspired Barack Obama. It is about the incredibly complex and divided political landscape that surrounded the American Civil War. A hopelessly divided country.

One of the many things that struck me was the immense care the new Republican (anti-slavery) Party took in selecting the right leader in the person of Abraham Lincoln. There were four strong candidates, all with principles passionately held. Three of the candidates were far better known that Lincoln. Those making the choice were seasoned politicians who understood not only their parties(the Republicans were a joining together of smaller groups) but the electorate as a whole.

They chose Lincoln for his undoubted gifts but also because he would attract wide support.

Perhaps our Brexit riven country could take a lesson from this? 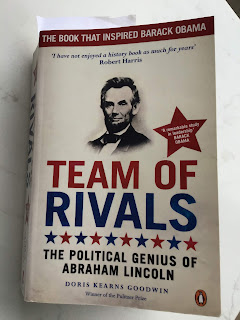