Why the EU truly matters

The EU is the community of European nations that has prevented a war in Europe for 75 years. It is the community in which our children and grandchildren can thrive together and can together attempt to tackle the massive problems that now face us.

For those who have forgotten, the European Iron and Steel Community, as it was at the start,  combined the iron and steel industries of essentially France and Germany to prevent them making guns, tanks and battle ships to fight each other. Churchill was in favour but was too committed to his fading dream of Empire to join.

Over the years it grew into a broader economic community. It was Mrs Thatcher who pushed for free movement, of goods and people.

Huge issues face the world today and single nations are simply not equipped to tackle them. International cooperation is the only way, and it makes sense to base this on geographical groupings. In Europe we share a history, not always a happy one and that is a good thing. We understand what pressure can do to a nation.

Many of the issues are those which led to the Brexit vote and nationalism elsewhere. For many the world is a worse place, promises of growing affluence have prove hollow. We do not solve this by hiding in a bunker, but by working together.

For me, the purpose of the EU today is to be a large free trade/movement area, but, more so, the place where 28 nations with a common European heritage can together tackle the big issues and offer a better future to our children. 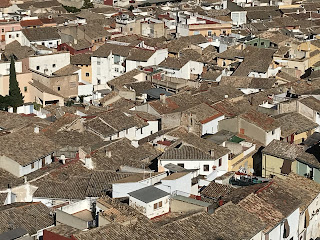