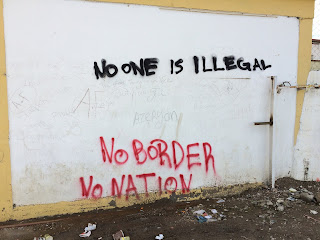 Graffiti from Moria Refugee camp in Lesvos
Some more thoughts from Ian McEwan
Posted by PhilWriter at 08:05