My exploration of British manufacturing

I find myself drawn ever deeper into the world of British Manufacturing, looking at the past to find where companies came from and, all too often, where they went. There is a third and exciting strand, for a good many British companies now are doing wonderful work not least in the green revolution and Manufacturing 4.0.

One of my first memories was 'wiring' my bedroom with strands of dressing gown cord; I was obsessed by electricity as, I found much later, had been my father in his childhood at the turn of the twentieth century. Another memory was the brochures he would bring home for the latest Humber Super Snipe; he was export director of the Rootes Group. I discovered at school that my maths wasn't good enough for me to be an engineer, but my arithmetic was fine and so my career was in the accounting profession. In this I loved the challenge in getting to know my clients' businesses, many of which were manufacturing.

Much later, on my retirement, I began a seven year project of writing about how the British army was supplied in two world wars. This brought me into contact with a great many British manufacturing companies who contributed to the war effort. I needed to find out who they were and this is resulting in my book, How Britain Shaped the Manufacturing World published by Pen & Sword in 2022.

There was another side to my question: what happened to them, and this is the subject of my current research. It has though taken a life of its own as I am drawn into the vibrant world of 21st century British Manufacturing. 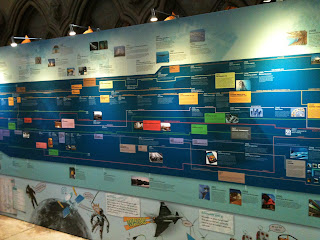