The story of British manufacturing is not only about the inventors and engineers, their discoveries needed to be sold and financed. Britain’s export markets were essential; the home market alone would have been wholly inadequate. So we needed men like Joseph Ruston who would sell his steam powered machines all over the world; Thomas Brassey who is said to have built not only one sixth of Britain’s railways but half of those in France. It would though be remiss not to acknowledge the role played by William Cecil, Queen Elizabeth I trusted advisor, for he master minded British patent law which provided protection to those who wished to exploit their inventions here. Many chose Britain in preference to their native land for this reason, although others were attracted by our comparative tolerance.

We needed people who nurtured relationships, so Oliver Lucas, and Harvey du Cross of Dunlop. We needed entrepreneurs, so William Morris, Billy and Reggie Rootes but also those who sailed close to (and sometimes over) the line Ernest Terah Hooley and Harry Lawson. The role of managers was crucial, from Richard Arkwright through Seebohm Rowntree and Eric Geddes to Ronald Weeks.

How Britain Shaped the Manufacturing World is available from Pen & Sword. 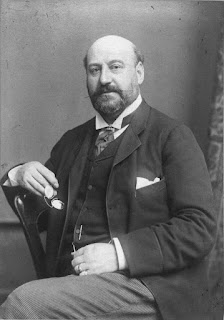 Phil Hamlyn Williams has completed his sixth book beginning an exploration of British manufacturing. His great-grandfather exhibited at the Great Exhibition of 1851, and it is through the prism of the exhibition catalogue that he explores the story back to its origins and then forward to the Festival of Britain, one century later. He found that in the late eighteenth century, a remarkable combination of factors and circumstances combined to give birth to Britain as the first manufacturing nation. Further factors allowed it to remain top manufacturing dog well into the twentieth century whilst other countries were busy playing catch up. Through two world wars and the surrounding years, British manufacturing remained strong, albeit whilst ceding the lead to the United States.

He writes of the inventors and the engineers but also the marketeers, managers and entrepreneurs. Looking back through history, there is a grubby British thumb-print on many of the world’s manufacturing industries.

The book is at the printers for publication on 30 June 2022. It is available to pre-order from Pen & Sword by following this link.