Whatever Happened to British Manufacturing

How often do we hear the lament that British manufacturing is in decline, that jobs have gone overseas? Great Britain was the workshop of the world. What has happened? In the companion volume, How Britain Shaped the Manufacturing World, the bold assertion in the book’s title was tested and not found wanting. In Whatever Happened to British Manufacturing, the story since the Festival of Britain of 1951 is explored: the good, the bad and the ugly.

There is much to celebrate in those brands of which this nation was rightly proud; the book takes a trip down memory lane. The stories of what happened to those brands we loved so much are uncovered . Importantly, the assumption of decline is challenged with examples of where Britain still holds its head high in the manufacturing world. It is not a story of gloom; there are some wonderful successes: JCB, Jaguar-Rover, Glaxo and John Harvey-Jones’s ICI from which Astra Zeneca was born, but also Alan Sugar’s Amstrad. There is hope for the future in manufacturing for the green revolution. Manufacturing will probably continue to employ fewer people, but more than offset by British innovation and skill.

How Britain Shaped the Manufacturing World is to be published by and is available to preorder from Pen & Sword . My proposal for Whatever Happened to British Manufacturing has been accepted. I am delighted and look forward to producing a book that is thoroughly positive about modern British manufacturing. 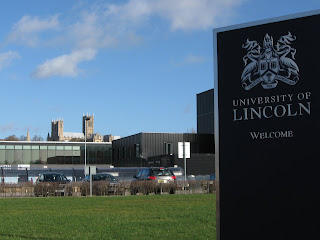 The University of Lincoln has one of the newest departments of engineering in Britain.