The Great Exhibition of 1851 celebrated over seventy years of British manufacturing built on invention and hard work, but also slavery and harsh working conditions. A century later, the Festival of Britain pointed to a future of peace built on creativity. They are part of the same story.

In the mid eighteenth century, Britain, like other European nations, was essentially a subsistence economy prospering and declining in line with uncertain harvests. There were a few people growing wealthy on trade with far-away places, but it was still wealth in land that ruled. Then something happened; merchants, who had imported wonderful cotton textiles from India, realised that they could make vastly more money by importing raw cotton and using local labour and the benign climatic conditions of the northwest to spin and weave in Britain. This ignited a process which we now know as the Industrial revolution.

The Great Exhibition showed off its fruits: textiles and textile machinery, steam engines and sewing machines, railway locomotives and steam powered ships, and telegraph apparatus. My great grandfather was there with the surgical instruments his business made. Charlotte Bronte wrote of her visit.

The Crimean War and the two World Wars created a vast armaments industry, but left this country broke and in debt.

In 1951, an impoverished nation celebrated again with the Festival of Britain, and showed the world the wonderful creativity of the British people, offering hope for a better future.

1. A Great Exhibition at the Crystal Palace

An exploration of the names of exhibitors, whence they came and where they went. My great grandfather was there with Surgical Instruments.

The British, as an adventurous trading people, created the base on which the industrial revolution would be built. This in turn created a shipbuilding industry.

Coal, as a source of power, was fundamental to the revolution, as was the metal it could smelt and which could be made into machines.

If trade and coal powered the revolution, textiles were the product which produced the wealth to drive it forward.

Steam engines powered by coal and made of metal transformed a steady revolution into an explosion of economic activity. We see signs of Britain's influence spreading as the British built railways in France and further afield, and men like Joseph Ruston sold steam pumps to Russia and to the new oil industry.

Steam powered railway trains connected the nation and provided the routes for electric telegraph to push aside the handwritten letter. Mechanised printing and paper making made books and newspapers windely available.

Steam engines also made armaments, increasingly needed as the rivalry of nations transformed into battle.

8. Manufacturing for the Home

The railways linked towns with each other and with the coast. High Streets appeared with shops selling all manner of fresh and manufactured products to a hungry population.

9. The Sewing Machine and Bicycle

Sewing machines made of metal transformed the production of clothing from cloth already manufactured by machine. The intricate skills of sewing machine manufacture were applied to the bicycle, making cheap transport available to the working man.

From the bicycle to move to a vehicle powered by that other fossil fuel, oil, was a logical extension. British manufacturers were at first held back by the Red Flag, but, once it was removed, factories began to appear in places like Coventry, Birmingham and Oxford. Why stay on the ground? Powered aircraft began to be seen in the skies. Ships began to be fuelled by oil.

The dynamo opened the flood gates both to the generation of electricity and its use in powering the factories of Britain, in lighting streets and homes and in providing transport for urban dwellers.

On the eve of the Great War, Britain was the giant of world manufacturing. The trenches of Flanders would see this power, but also that of Germany, France and America. The four years of war witnessed technical advances but drained the nation's resources to the advantage of America who assumed the position of top dog

13. The Aftermath of War

An initial boom was followed by the collapse of traditional industries, with unemployment and depression.

New industries bucked the trend: motor vehicles, electricity, aircraft, chemicals. New industries begat new centres of population; house building boomed. None of this could protect the country from the crash in the USA

15. Rearmament and the Second World War

For many war began in 1935 with well hidden rearmament. Shadow factories were built to manufacture aircraft safe from enemy bombing. Once again the whole nation went to war, with the motor vehicle factories this time taking the lead followed by electronics and chemicals. Once again the nation emerged victorious, but drained of resource.

With the coffers empty, the nation had to export its way back into prosperity. The motor industry led the way alongside electronics and chemicals. Once again a post war boom hid the problems facing shipbuilding

17. The Festival of Britain

A century after the Great Exhibition, the Festival of Britain celebrated what it meant to be British. Manufacturing was not centre stage but was ever present with the new white hope of nuclear power and new materials: aluminium used for London Underground trains, fibreglass and rubber used for flooring. It was a time of hope after the deprivation of war. 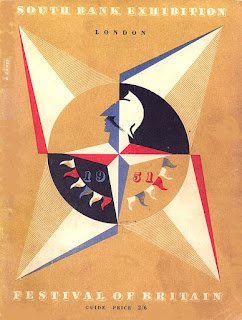 You can buy How Britain Shaped the Manufacturing World at Pen & Sword, on Amazon and at WH Smith.
at June 28, 2022